United States jurist
verifiedCite
While every effort has been made to follow citation style rules, there may be some discrepancies. Please refer to the appropriate style manual or other sources if you have any questions.
Select Citation Style
Share
Share to social media
Facebook Twitter
URL
https://www.britannica.com/biography/Samuel-A-Alito-Jr
Feedback
Thank you for your feedback

Join Britannica's Publishing Partner Program and our community of experts to gain a global audience for your work!
External Websites
Britannica Websites
Articles from Britannica Encyclopedias for elementary and high school students.
Print
verifiedCite
While every effort has been made to follow citation style rules, there may be some discrepancies. Please refer to the appropriate style manual or other sources if you have any questions.
Select Citation Style
Share
Share to social media
Facebook Twitter
URL
https://www.britannica.com/biography/Samuel-A-Alito-Jr
Feedback
Thank you for your feedback Alito’s father, Samuel A. Alito, immigrated to the United States from Italy as a child and eventually served as director of research for the New Jersey legislature. His mother, Rose F. Fradusco Alito, was an elementary school teacher and principal. Alito graduated from Steinert High School in Hamilton Township, New Jersey. He then earned an A.B. degree in history and political science from Princeton University in 1972, graduating with a military commission (as a second lieutenant) in the U.S. Army Reserve. He served on active duty for three months and on inactive duty until 1980, when he was discharged as a captain. Alito attended Yale Law School, where he edited the Yale Law Journal before graduating with a J.D. degree in 1975. 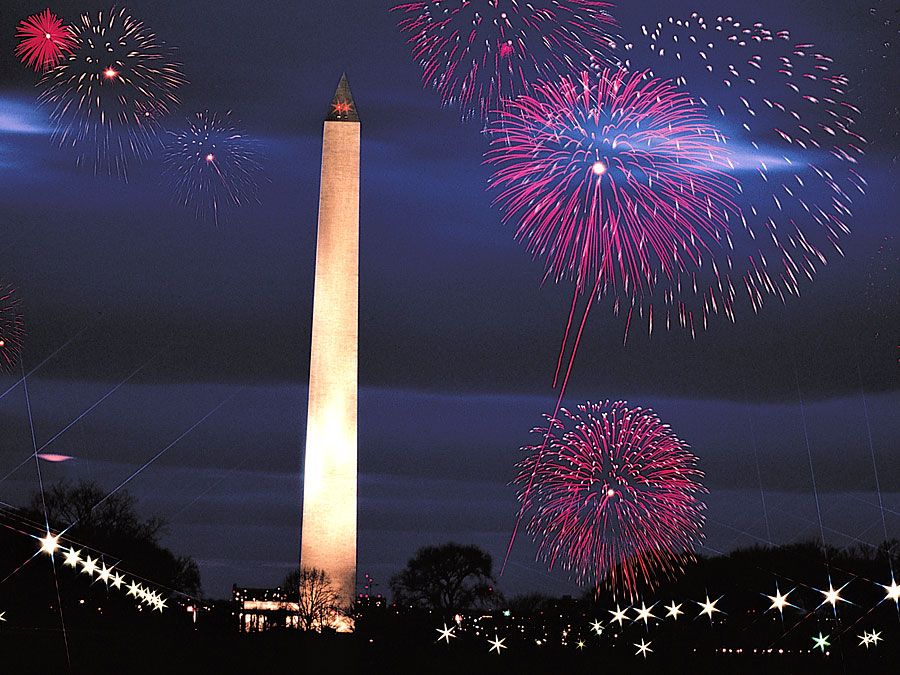 Britannica Quiz
All-American History Quiz
Who was the original Edsel? When did a U.S. president first appear on TV? Go back in time for the all-American answers.

Alito’s legal career consisted almost entirely of service to the judicial and executive branches of the federal government. After earning his law degree, he worked for a law firm in Trenton, New Jersey, and then as a clerk for Judge Leonard I. Garth of the U.S. Court of Appeals for the Third Circuit. From 1977 to 1981 he served as assistant U.S. attorney for the district of New Jersey. He then moved to Washington, D.C., where he served in the Ronald Reagan administration as assistant to the solicitor general (1981–85) and as deputy assistant attorney general (1985–87) before returning to New Jersey to serve as U.S. attorney for the district of New Jersey (1987–90). In 1990 Alito was nominated to the Third Circuit Court of Appeals by Pres. George H.W. Bush and unanimously confirmed by the U.S. Senate. Alito sat as a judge on the Third Circuit for the following 15 years.

In 2005 Alito was nominated by Pres. George W. Bush to replace the associate Supreme Court justice Sandra Day O’Connor, who planned to retire in 2006. Alito was the third nominee for the post, after John Roberts (whose nomination had been withdrawn and resubmitted to fill the role of chief justice upon the death in September 2005 of Chief Justice William Rehnquist) and Harriet Miers (whose nomination was opposed by conservative members of Bush’s own Republican Party). Because more-liberal members of Congress and others valued Justice O’Connor’s role as a moderate “swing vote” on the Supreme Court, they worried that Alito, if confirmed, would push the Court’s jurisprudence too far in a conservative direction. During Senate hearings on his nomination, Alito was praised for his intelligence, temperament, and character, being described by senators as “even-tempered,” “fair-minded,” and “honest.” Skeptics and opponents, however, expressed concern that Alito’s opinions would serve to limit the rights of the criminally accused, harm historically disadvantaged groups such as women and minorities, and unduly accommodate executive power.

The hearings sparked a vigorous debate about the scope of the Senate’s constitutional duty to provide “Advice and Consent” to the president in his appointment of Supreme Court justices. In Alito’s case, the Senate’s Republican majority argued that primary consideration should be given to the nominee’s professional qualifications, while the Democratic minority asserted that the nominee’s political ideology also should be taken into account. Ultimately, a group of Democratic senators—including former and future presidential candidates Hillary Clinton, John Kerry, and Barack Obama—supported a filibuster of Alito’s appointment, citing his likely conservative rulings. But the Republican Senate leadership easily amassed the 60 votes needed for cloture, and on January 31, 2006, Alito was confirmed by a vote of 58 to 42. The vote was largely along party lines: only four Democrats voted in favour of confirmation, and only one Republican voted against.

As expected, once on the Supreme Court, Alito became a reliable conservative. He tended to vote in agreement with Republican-appointed justices much more often than with Democratic-appointed justices—particularly in cases that were not decided unanimously. Thus, he joined conservative majorities in Gonzales v. Carhart (2007), which upheld the federal Partial-Birth Abortion Ban Act of 2003; District of Columbia v. Heller (2008), which established that the Second Amendment protects an individual right to possess firearms; Shelby County v. Holder (2013), which struck down a key provision of the Voting Rights Act of 1965; and Citizens United v. Federal Election Commission (2010), which limited the ability of Congress to regulate political expenditures by corporations and unions. The last case led to an unusual incident in presidential-court relations. While attending President Obama’s 2010 State of the Union Address before Congress, Alito apparently responded to Obama’s criticism of the ruling by wincing, shaking his head, and mouthing the words not true.

Alito wrote majority opinions in some prominent cases that split the Supreme Court along ideological lines. In Ledbetter v. Goodyear Tire & Rubber Co. (2007), he argued that statutes of limitations apply to wage-discrimination claims even when the victim was unaware of the discrimination until after the period for bringing a claim had elapsed. In McDonald v. City of Chicago (2010), he extended the Heller court’s Second Amendment analysis to the states. In 2014 the Supreme Court announced two controversial conservative decisions written by Alito: Burwell v. Hobby Lobby Stores, Inc. recognized a right of closely held private corporations to obtain, on the grounds of religious liberty, exemptions from generally applicable laws, and Harris v. Quinn declined to extend (and in fact severely criticized) a series of labour cases, ruling that certain workers paid by the state could not be required to pay union fees. In Glossip v. Gross (2015), Alito upheld Oklahoma’s use of the sedative midazolam in lethal injections, placing the burden of proof on the plaintiffs (a group of condemned prisoners) to show that the state’s method of execution presented a substantial risk of severe pain and that alternative methods of capital punishment were available. In Janus v. American Federation of State, County, and Municipal Employees (2018), Alito overruled the Court’s decision in Abood v. Detroit Board of Education (1977), holding that First Amendment free-speech protections prohibit laws that permit public-sector unions to collect fees from non-consenting nonunion employees who are covered by collective bargaining agreements negotiated by the unions. The Janus decision was seen as a major defeat for unions (which, in turn, have been seen as an important source of financial and political support for Democrats in the U.S. political system). And in Brnovich v. Democratic National Committee (2021) Alito ruled that restrictive state voting laws that disproportionately burden members of racial minority groups do not necessarily violate the Voting Rights Act, despite that law’s prohibition of any voting “standard, practice, or procedure...which results in a denial or abridgement of the right of any citizen of the United States to vote on account of race or color” (Section 2). In 2022 an apparent draft of a majority opinion in Dobbs v. Jackson Women’s Health Organization, written by Alito, was leaked to a news publication in an extraordinary breach of protocol regarding the Court’s normally confidential deliberations. The draft, which was soon declared to be authentic by Chief Justice Roberts, indicated that a majority of justices had voted to overturn two historic Supreme Court rulings that had established and affirmed the constitutional right to obtain an abortion: Roe v. Wade (1973) and Planned Parenthood of Southeastern Pennsylvania v. Casey (1992).

Alito also joined minority conservative voting blocs in defending the Bush administration’s use of military commissions to try prisoners at the Guantánamo Bay detention camp in Cuba (Hamdan v. Rumsfeld [2006]); in disputing the constitutionality and interpretation of Obama’s 2010 Affordable Care Act (National Federation of Independent Business v. Sebelius [2012] and King v. Burwell [2015]); in asserting that the Constitution does not require states to make marriage available to same-sex couples (Obergefell v. Hodges [2015]); in arguing that the University of Texas had not demonstrated that its use of race as a factor in admissions decisions was narrowly tailored to serve a compelling governmental interest (Fisher v. University of Texas at Austin [2016]); and in finding that restrictions imposed on abortion providers in Texas did not unconstitutionally burden a woman’s right to obtain an abortion (Whole Woman’s Health v. Hellerstedt [2016]).

Alito’s consistent conservatism led some Supreme Court watchers to dub him “Scalito”—a suggestion that he was an acolyte of his fellow conservative associate justice Antonin Scalia (1936–2016). But although Alito very rarely sided with liberal justices against conservative justices, his decisions and opinions revealed a distinct brand of conservative jurisprudence. In contrast to Scalia, Alito evinced some skepticism of originalism, the practice of resolving textual ambiguity by relying on the common meanings of the terms in which a legal provision was written at the time of its adoption. Likewise, he demonstrated a willingness to examine legislative history in determining the meaning of ambiguous statutes, a practice that was anathema to Scalia. Alito described himself as more pragmatic than some of his conservative colleagues, a characteristic that he attributed to the fact that he had spent less time than they in the legal academy. He was also regarded as less friendly to criminal defendants than most other judges, a disposition that may have stemmed from his experiences as a prosecutor.

Among Alito’s best-known opinions was his dissent in Snyder v. Phelps (2011). The case involved a claim of freedom of speech by members of Westboro Baptist Church, who had protested near the funeral of Matthew Snyder, a U.S. Marine, and subsequently were held liable for damages for intentionally inflicting emotional injury on his family. Eight of the justices, including Scalia, found that the church members’ protests, however “outrageous,” were protected by the First Amendment. Alito was the lone dissenter. As one of only three sitting justices who had served in the military (the others were Anthony Kennedy and Stephen Breyer), Alito argued that parts of the protests were directed at a private person and involved matters of private concern and that tortious speech is not protected by the First Amendment merely because it occurs in a public space or includes some discussion of public issues. “In order to have a society in which public issues can be openly and vigorously debated,” Alito wrote, “it is not necessary to allow the brutalization of innocent victims.” He similarly argued for limits to free-speech protections in United States v. Stevens (2010), in which he—again as sole dissenter—argued in support of the constitutionality of a federal statute criminalizing the production and sale of animal-cruelty videos, because, he wrote, the statute was intended to prevent animal cruelty, not to suppress speech.

In public speeches Alito, a lifelong Roman Catholic, expressed concern that the United States was moving away from its traditional support of religious liberty. Not surprisingly, his interest in religious liberty was also reflected in his judicial opinions, as in the Hobby Lobby case. Similarly, writing in dissent in Obergefell, Alito worried about the consequences of the majority’s finding of a constitutional right to same-sex marriage for the free expression of traditional religious beliefs and values. “I assume that those who cling to old beliefs will be able to whisper their thoughts in the recesses of their homes,” he wrote, “but if they repeat those views in public, they will risk being labeled as bigots and treated as such by governments, employers, and schools.”